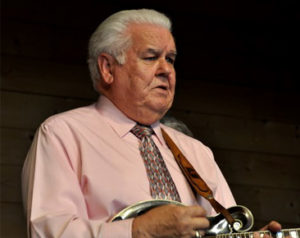 “Big” Paul Williams (Paul Humphrey) is an American bluegrass and gospel musician. He took the surname Williams when he began his musical career in the early 1950s. He was guitarist and lead singer for the Lonesome Pine Fiddlers before replacing Earl Taylor in the Sunny Mountain Boys in 1957, playing mandolin and being featured regularly as a lead singer.

He played with Jimmy Martin at the height of the Sunny Mountain Boys career, recording steadily through 1962 and at times competing for popularity with Elvis Presley. Williams is said to have helped shape Martin’s sound. He was present in the recording process for what Martin has said were the “biggest selling records I’ve ever done.” Williams co-wrote the perennially popular hit “Hold Watcha Got.”

Williams departed from Martin and the Sunny Mountain Boys in 1962. He married Jimmy Martin’s half sister who told him that “he couldn’t play bluegrass music and live for the Lord.” He went on to play gospel music with the Northside Trio and later on achieved some success and a Grammy nomination with the Victory Trio, based out of his hometown, Morristown, Tennessee. 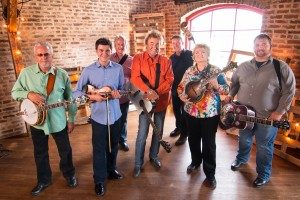 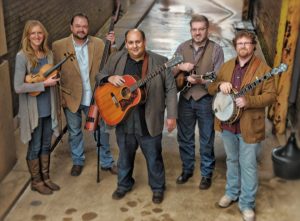 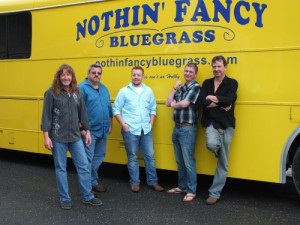 Nothin’ Fancy formed as a bluegrass band in 1994 to compete in a bluegrass competition. Since then, they have grown in popularity, released 11 full length albums, and continue to perform at festivals all across the United States, Canada and Norway including the Ryman Auditorium in Nashville, TN, the Lincoln Center in New York City, and the Birchmere in Alexandria, Virginia. They have successfully hosted their own Nothin’ Fancy Bluegrass Festival every year since 2001 in Buena Vista, Virginia. In 2014, 2013, 2012, 2010, 2009, and 2008, the Society for the Preservation of Bluegrass Music in America (SPBGMA) honored Nothin’ Fancy with the prestigious “Entertaining Group of the Year” award. The band has also been nominated for SPBGMA’s Vocal Group of the Year and each band member has been nominated for individual awards as well. Their strong vocals, powerful instrumentation, and energetic stage presence, along with their friendly down-to-earth charm keeps people coming back for more. Nothin’ Fancy is not just carrying on the tradition of bluegrass music; they are contributing to the creation of a new tradition within the acoustic music genre. 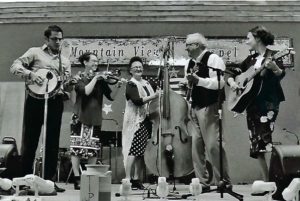 The Nichols family has traveled throughout Arkansas and surrounding states as a bluegrass gospel family band since 2000. Andy and Debbie Nichols, along with daughters Andrea and Leah, bring a tight high energy bluegrass sound with powerful vocal harmonies to the stage. The message in their gospel music has touched many in the surrounding area.  Kurt Stephenson’s banjo talents have brought him many notable awards including winner of the 2010 National Bluegrass Banjo Championship in Winfield, KS.

After Andy retired in March 2017, they moved Mountain View, where they are enjoying retirement and their 2 grandsons! Leah and Ryan Tinkle with their 2 sons Peyton age 5 and John age 2, make their home in Mountain View, AR.  Andrea and Kurt Stephenson reside in Dyersburg, TN.

You will be blessed and impressed by this family’s loving personality, energetic showmanship, and powerful bluegrass sound. 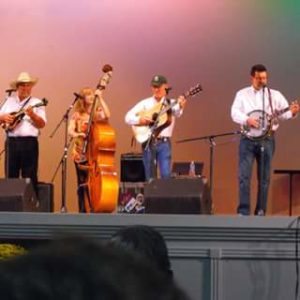 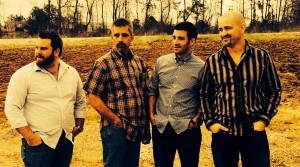