Wow! The fall bluegrass festival has turned to be a fantastic line-up.  We will keep you informed if any new information becomes available so check back often!

The Grascals  –  Saturday Only 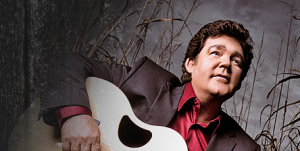 How does one describe the talent and career of Marty Raybon in only a few paragraphs? Throughout his epic journey, spanning nearly three decades, Marty has produced a remarkable list of career accomplishments including; multiple number one singles, top selling albums, CMA, ACM, IBMA, and Grammy Awards, along with scores of other accolades. Collectively, his contributions to the recording industry have sold well into the millions and he has performed literally thousands of live concerts at four corners of the earth. But what does all that really say about Marty Raybon?

Lost and Found  –  Friday Only 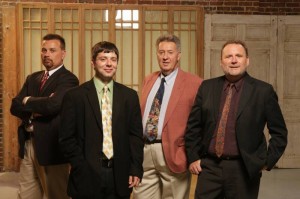 Lost and Found was Formed in 1973, the original lineup of the Lost & Found bluegrass band consisted of bass player Allen Mills, banjo player Gene Parker, mandolin player Dempsey Young and guitarist Roger Handy. The band became quite popular playing bluegrass festivals, with Mills’ exceptional songwriting contributing much to the group’s fame; “Love of the Mountains,” recorded by the original lineup, has become a contemporary bluegrass standard. In addition to contemporary songs, the band also recorded more traditional fare, such as “The Man Who Wrote ‘Home Sweet Home’ Never Was a Married Man.” Most of their albums feature similar material, and the band continues to be a strong positive force in contemporary bluegrass music.

The band first recorded for Outlet Records in 1975, then achieved wider fame after it signed with Roanoke’s Rebel Records in 1982.  By the mid-’90s, only Allen Mills and  DempseyYoung had stayed, recruiting guitarist Berry Berrier and banjo player Lynwood Lunsford as replacements. Through out the years Lost and Found has had many talented member of the band, including Ronnie Bowman, Shane Bartley, Greg Luck, Jody King, Ben Green along with others.  As of today, the band is  made up by Allen Mills on bass, Scottie Sparks on Guitar, Ronald Smith on banjo and newest member Scot Napier on Mandolin replacing the legendary Dempsey Young who passed away December 10, 2006. 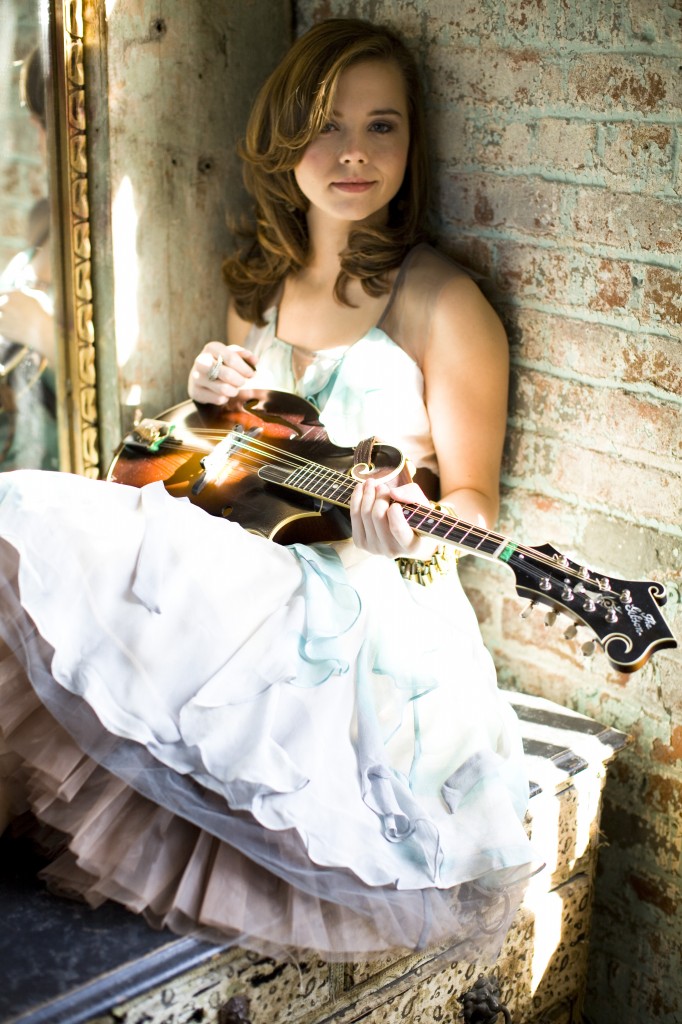 Of course, the evidence of Sierra’s uncommon maturity—musical and personal (one might say she embodies the perfect balance of humility and capability)—has been there all along, and won her formidable fans: by age 11, Alison Krauss had called with an invitation to the Opry stage; by 12, Rounder was expressing interest; first Ron Block and now Barry Bales have served as co-producers, and her studio bands have featured the cream of the contemporary bluegrass crop—Stuart Duncan, Randy Kohrs and Bryan Sutton this time, alongside members of Sierra’s own crack band Highway 111. Then there’s the fact that Berklee gave her the school’s most prestigious award, the Presidential Scholarship, a first for a bluegrass musician; her choice to accept it, to delay her dream of hitting the road full-time after high school in favor of expanding her musical worldview, was hardly a light one.

If ever the “child prodigy” label did Sierra justice, its usefulness has completely fallen away and a distinctive new identity emerged. What you hear on Daybreak is one of bluegrass’s few full-fledged virtuosic instrumentalist/singer/songwriters, and one who’s gracefully grown into her gifts. While her mandolin playing has always possessed clarity and fleet-fingered precision, here she attacks her solos with newfound spontaneity and depth of feeling; she calls it “playing with a point to prove.” Her singing—always straight and true—has more heartfelt power behind it, to results Bales describes, simply, as “doing the songs justice.”

The Louisiana Grass is a high energy, entertaining group that provides a mixture of hard core bluegrass with the sounds of the bayou country. A combination of good “driving” music and spontaneous humor make all of their shows truly unique. If you have never had the opportunity to catch a live Louisiana Grass show, you owe it to yourself to do so. You will definitely be entertained and will probably not want to miss another one. Seeing a Louisiana Grass show has been aptly described as sitting in the band’s living room and them welcoming you into their home.  Enjoy your trip to the bayou!

The Harpers  –  Thursday Only 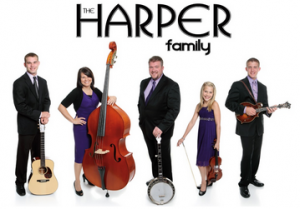 Gaylon, Katrina, Dalton, Dillon and Hannah are committed to their Lord and each other. The Harper Family’s top priority is to share their hope and faith in the True, Living God through songs and testimonies to anyone who will lend an ear. May the whole world hear of His marvelous works.

Chasing Blue came together in the fall of ’08 at a bluegrass ensemble at Berklee College of Music. Band members hail from across the United States and Canada, and now reside in Boston, MA and gig heavily in the New England festival circuit. Chasing Blue is plays a mix of original and traditional bluegrass material with unique arrangements and hard-driving style. Original material holds true to the bluegrass tradition but strong lyrical ideas and progressive musical ideas make the Chasing Blue sound. 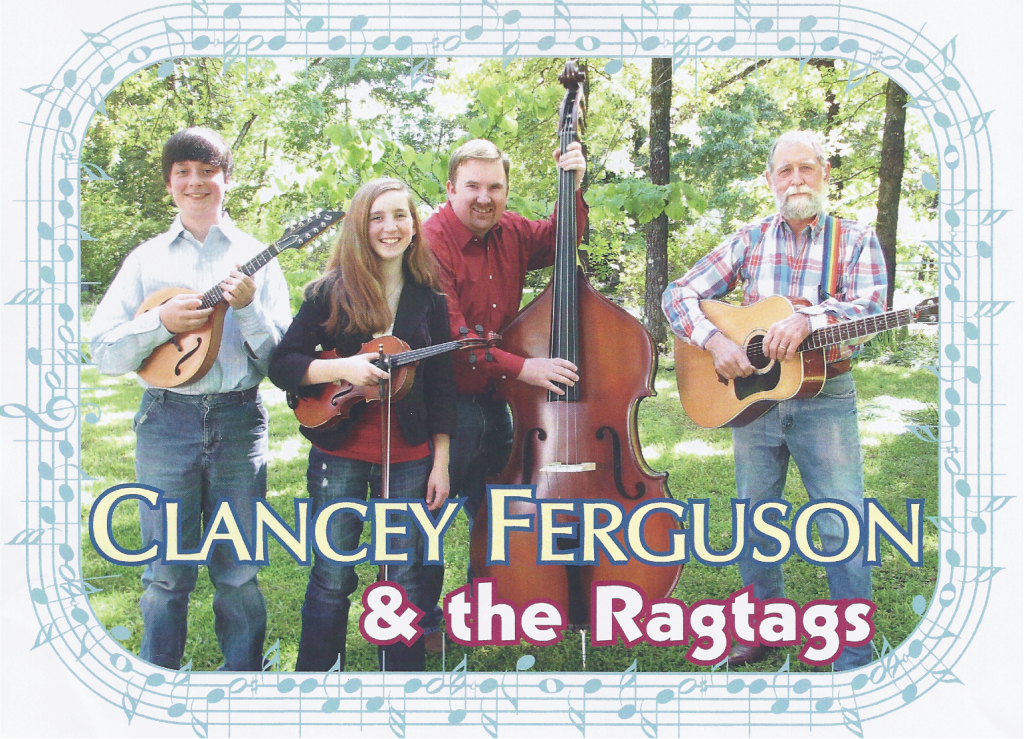 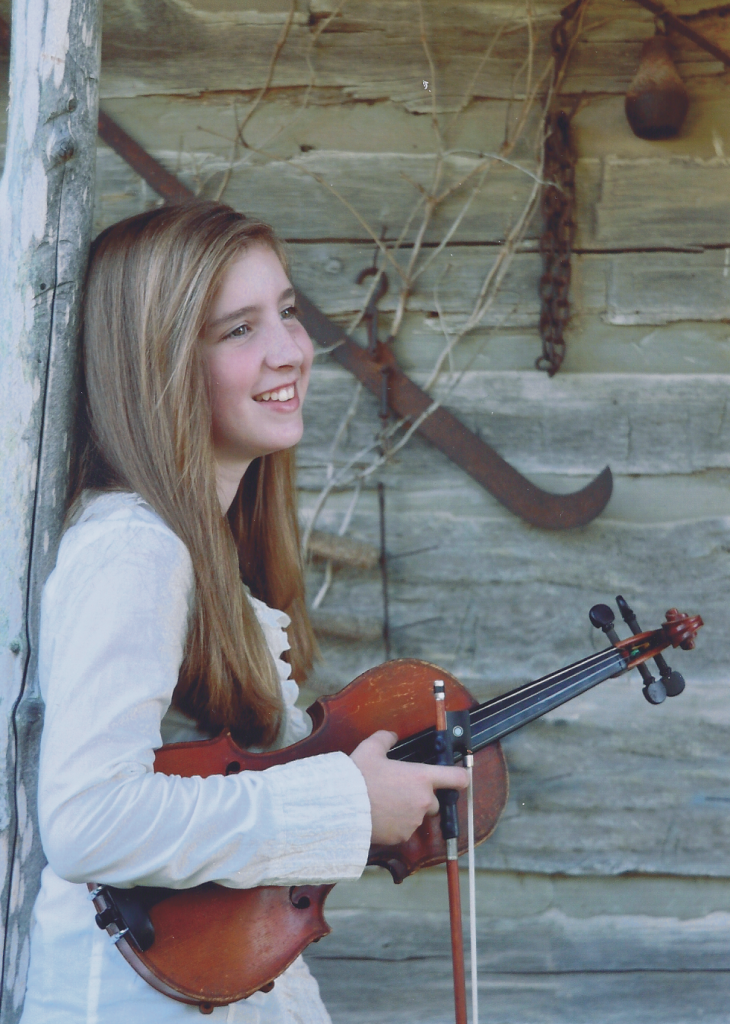