Tickets for the Spring 2023 Bluegrass Festival are now on sale! Founding member Shawn Lane has been with the band since 1994 and is a fan-favorite vocalist, instrumentalist and songwriter.  Blue Highway’s distinctive and heralded lead and high-tenor singer is as explosive on fiddle as he is on mandolin.  He is a highly sought-after guest artist who appears on the recordings of many other artists.  Shawn also writes songs for Blue Highway and for his own solo projects.  He has been nominated for Songwriter of the Year and had many nominations for Song of the Year.  Before becoming a founding member of Blue Highway he played in the bands of Ricky Skaggs and of Doyle Lawson.

One of three powerhouse lead vocalists and another founding member of Blue Highway, Wayne Taylor is often credited with giving Blue Highway its “inimitable” sound.  Taylor is a respected and distinctive vocalist, songwriter, and bass player.  He was named SPBGMA Bass Player of the Year in 2001 and was inducted into the Virginia Country Music Hall of Fame in 2016.  Eighteen years of hauling coal in southwest Virginia gives Wayne’s songwriting a rare depth and authenticity.  He was co-writer of the band’s song “Seven Sundays in a Row” which was nominated for IBMA Song of the Year in 2004.

The Grammy-winning Tim Stafford co-founded Blue Highway and is a gifted songwriter, guitarist, vocalist, producer, session musician and university instructor, and author.  Tim has released four solo albums.  He was named IBMA Songwriter of the year in 2014 and 2017 and SPBGMA Guitar Player of the Year in 2001 and 2015.  His song “Through the Window of a Train” (co-written by the late Steve Gulley) was the 2008 Song of the Year.  Stafford was honored as the 2015 Distinguished Alumnus in the Arts by the National Alumni Association of East Tennessee State University.  Before co-founding Blue Highway, Tim was a member of Alison Krauss and Union Station.

Newland, North Carolina, native Jason Burleson is also a founding member of Blue Highway. As one die-hard bluegrass fan described him, he is “Bad to the Bluegrass bone.”  Jason is known as one of the most explosive and dynamic banjo players in bluegrass, but he is also an accomplished mandolin and guitar player.  He is the father of Jacob Burleson who is also a multi-instrumentalist and currently plays mandolin with Volume Five.

The Newest member of Blue Highway is dobro player Gary Hultman of Galax, Virginia.  Gary grew up in Minnesota and is a former a member of the Highland Travelers.  As a student at East Tennessee State University, Gary attended Rob Ickes’ ResoSummit and has returned in recent years as an instructor there. 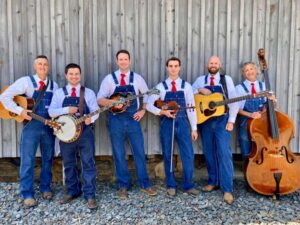 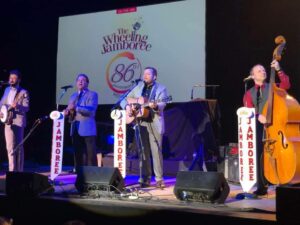 The award-winning Larry Stephenson Band has been entertaining audiences for over 30 years including their numerous performances on the Grand Ole Opry, RFD-TV, and headlining festivals and concerts across the US and Canada.  In 1979, Larry went to work with Bill Harrell and The Virginians for 4 ½ years and then in June of 1983 went to work with The Bluegrass Cardinals and stayed for 5-½ years. Larry formed his own group in 1989. With a move to Nashville, TN in 1992, the band became fast regulars on the Grand Ole Opry. In 1996, the Virginia Folk Music Association inducted Stephenson into The Virginia Country Music Hall of Fame.  Larry is a 5-time winner of the Society for The Preservation of Bluegrass Music in America (SPBGMA) Male Vocalist of the Year award. SPBGMA also inducted Stephenson into their Hall of Greats in 2018. With numerous IBMA and SPBGMA nominations and awards, Larry has recorded on his own label, Whysper Dream Music, since 2010. 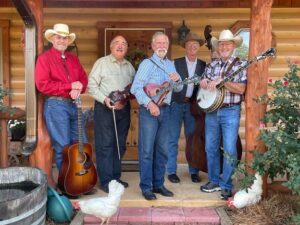 The Blake Brothers have been together as a Bluegrass band since 2002.  They are known for their renditions of both traditional Bluegrass and Bluegrass Gospel tunes. The current lineup includes brothers Tim Blake from De Berry, Texas on banjo and vocals and his brother Bruce Blake on guitar and vocals, also from De Berry, Texas.  Brit Green is on mandolin and vocals and lives in Haughton, Louisiana.  Bernie Grappe from Bossier City, Louisiana, is on fiddle, dobro, guitar and vocals. The newest band member, John Dobbs, plays bass fiddle and lives in Zavalla, Texas. They are one of the premier bands in the Ark-La-Tex area and have become a favorite of many in the region. From the mountains of Eastern Kentucky, The Kevin Prater Band delivers their unique “Coal-Fired Pure Kentucky Bluegrass” with additions of classic country, grassed up vintage rock, original songs and emotion-filled bluegrass gospel.  The Kevin Prater Band is frequently recognized and celebrated for their stellar harmonies and A Cappella singing.  The band formed in 2007, not long after Kevin’s twelve-year tenure with The James King Band. During his time with James King, that band earned two Album of the Year awards and one Song of the Year award from SPBGMA and a an IBMA Recorded Event of the Year award.  Kevin has opened for and played with some of the greats of bluegrass including Dr. Ralph Stanley & The Clinch Mountain Boys and Lost and Found.  Kevin has had the honor of being declared a “Kentucky Colonel” twice.   Along with Kevin on mandolin and lead vocals, the band consists of Jake Burrows on banjo, dobro, and vocals; Eighteen-year-old Mallory Hindman on fiddle and vocals, Gary Isenhour on lead and rhythm guitar and vocals; and twenty-year-old Jacob Northern on bass. 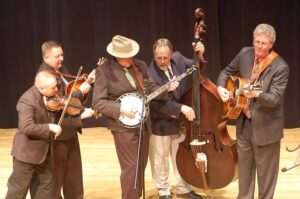 High Plains Tradition started in 1987 and has played in venues all across the western United States from California to Kentucky, Minnesota to Texas.  Their travels have also taken them to play festivals and events in Canada as well as five tours in Ireland.  Their music is rooted in the “Traditional” bluegrass with a flair of their own.  Doug Elrick is one of the finest songwriters and mandolin players this side of The Mississippi.  Doug also is a top luthier.  He has made several mandolins including the one he plays, 2 guitars and 2 fiddles.  Steve Gilmore is the driving force behind HPT’s sound with his hard-driving guitar work. He also hits the vocal harmonies perfectly that are the mainstay of the band. He is believed to be an accomplished fisherman when not picking with the boys.  Mark Leslie is one of the finest banjo players in the whole west.  His leads are spot on and his backup is so tasteful. Bobbie Vickery can sing tenor to a dog whistle.  His powerful, cutting-edge voice as well as his stellar fiddle work brings a whole new dimension to High Plains.  Kenny Pabst is the heartbeat of the band with his rock-solid bass. His drive is what keeps this train on track. High Plains is blessed to have five members who all can sing and that is what keeps the fans coming back. They are known to be quite a bunch of cut-ups on stage and fans have been heard saying, ” You just don’t know what’s going to happen on stage with them boys.  They are just SO entertaining.” 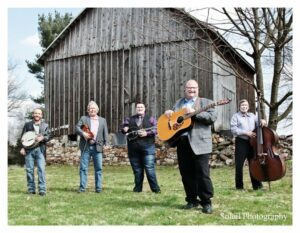 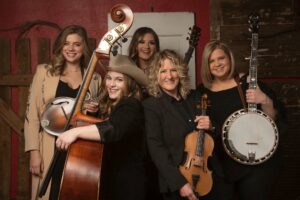 Sister Sadie is a wildfire: raging hot bluegrass combined with breathtaking instrumental drive and awe-inspiring vocals. Comprised of original members Deanie Richardson (fiddle), and Gena Britt (banjo, harmony vocals) and newcomers Hasee Ciaccio (bass), Jaelee Roberts (guitar, lead vocals), and Mary Meyer (mandolin, harmony vocals), Sister Sadie has combined the varied talents of each of the individual women in the lineup to create something that is far more than the sum of its parts. It is a sound uniquely their own. Yes, it’s undeniably classic, hard-driving bluegrass, but it’s much more than just that. Rooted in forceful and tight vocal harmonies, this isn’t your granddaddy’s Appalachian high lonesome sound. This is something far more powerful than that—it’s the sound of the mountains themselves. Originally formed as a pickup band in December of 2012, Sister Sadie has reached heights beyond any of their dreams. In 2019, they won their first IBMA award as a band, named the Vocal Group of the Year. They debuted on the Grand Ole Opry. Their album “Sister Sadie II” was nominated for a GRAMMY. And it’s only picked up steam since then. 2020 brought with it another wave of IBMA Awards: Fiddle Player of the Year for Deanie Richardson, their second Vocal Group of the Year award, and their first Entertainer of the Year award—the highest award in all of bluegrass. In 2021, Sister Sadie was featured in the Country Music Hall of Fame and Museum’s American Currents exhibit. The same year, the band took home a third consecutive IBMA Vocal Group of the Year award, and new member Jaelee Roberts was awarded the IBMA Momentum Vocalist of the Year award. In 2022, Gena Britt was recognized as the SPBGMA Banjo Player of the Year and Sister Sadie signed with Mountain Home Records to begin work on their third studio album. Now, entering their second decade as a band, the spark that they felt all those years ago burns brighter than ever before.

Tacie and the Sunshine Band – Saturday only 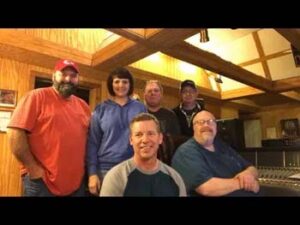 Tacie and The Sunshine Band is a regional group from the Northwestern Arkansas and Eastern Oklahoma area.  TSB is known for tasteful acoustic bluegrass renditions of songs from a variety of genres.  The material they draw from includes original tunes from several band members. Tacie and The Sunshine Band includes Tacie Johnson on bass and vocals, Chad Johnson on guitar and vocals, Roger Adams on mandolin and vocals, Tim Case on guitar, and Donnie Poindexter on banjo. 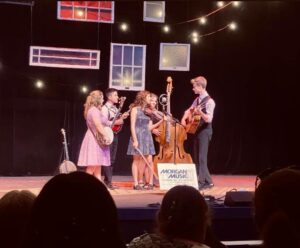 Mountain View’s own super group is made up of five young super pickers.  Mary Praker on fiddle, Gordon Parker on mandolin, Lillyanne McCool on banjo, Turner Atwell on guitar, Mercy Grace on bass.  The band came together in 2021 and won 1st Place at the KSMU Youth in Bluegrass Band Contest at Silver Dollar City in June of  2021.  Lillyanne has won numerous fiddle competitions.  Mary has won fiddle competitions, Turner has been described as a “young Tony Rice” Gordan can dance and play mandolin