Wow! The Spring bluegrass festival has turned to be a fantastic line-up.  We will keep you informed if any new information becomes available so check back often!

The Steeldrivers – Saturday Only 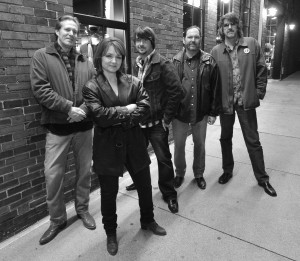 Nashville, Tennessee is a nexus – a point where tradition and innovation intersect, where commerce collides with art.  It may be the only town around where salaried songwriters and full-time session musicians are as common as accountants and schoolteachers.  Music is the product, and the factories line the street, from the swank Music Row mini-high-rises to the low-slung Sylvan Park bungalows.  And only Nashville could give birth to a band like the SteelDrivers: a group of seasoned veterans – each distinguished in his or her own right, each valued in the town’s commercial community – who are seizing an opportunity to follow their hearts to their souls’ reward.  In doing so, they are braiding their bluegrass roots with new threads of their own design, bringing together country, soul, and other contemporary influences to create an unapologetic hybrid that is old as the hills but fresh as the morning dew.  This is new music with the old feeling. SteelDrivers fan Vince Gill describes the band’s fusion as simply “an incredible combination.” Visit The Steeldrivers Website 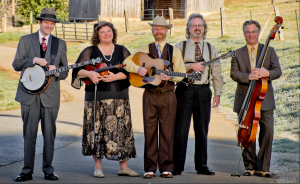 Legendary in the Bluegrass genre and called a “mandolin virtuoso” with “perfectly silken harmony” by The New York Times, Doyle Lawson also broke new ground in 2011 with a benchmark Children’s Hospital and Arena Tour, the first tour of its kind in any genre, combining National Anthem performances at major sporting arenas with performances for boys and girls at Children’s Hospitals in the same cities or regions.  The tour combines helping hospitalized children with inspiring national patriotism, and Doyle Lawson & Quicksilver performed for nearly 108,000 people during six games in 2011 (not including live broadcast audiences for the NBA and NCAA games), as well as for children, families, and staff at four children’s hospitals.  Pretty impressive numbers from the little boy from Kingsport… who grew up to be a LEGEND. Visit Doyle Lawsons Website

The Gibson Brothers – Friday Only 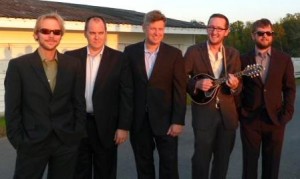 The Gibson Brothers took home the 2012 Entertainer of the Year Award at the 23rd annual International Bluegrass Music Awards at Nashville’s Ryman Auditorium. We also won the “Gospel Recorded Performance of the Year” award for “Singing As We Rise.”

Help My Brother, our tenth album, won the prestigious 2011 IBMA Album of the Year Award. We were named the 2011 IBMA Vocal Group of the Year, the first time a brother duet has won this award.  Help My Brother held the #1 position on the Bluegrass Unlimited Album chart for 8 months. It definitely had staying power,  with songs charting on the BU Top 30 more than a year after its release.

These awards followed on the success of  Ring the Bell.   The title cut of that album won the 2010 IBMA Song and Gospel Recorded Performance of the Year.

Music’s brought us a lot of interesting experiences and many friends.  We truly appreciate every one of them.  We’ve been very fortunate to be honored on the historic Ryman stage several times.  And each time our thoughts are back home with the people who helped us get there. Visit The Gibson Brothers Website 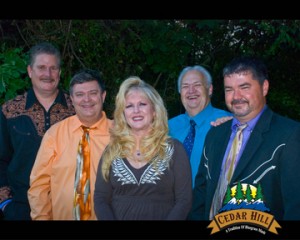 LaTresa & The Signal – Friday and Saturday only

Music has always been LaTresa’s first love. She began performing professionally in high school with a series of bands. Her father, a singer/songwriter Church of Christ minister, moved the family around the heart of Dixie a lot. Hers was, at times, a hard scrabble childhood, as her parents struggled to put food on the table and clothing on their backs. Along the way she soaked up influences from the Mississippi Delta to Memphis to the Bluegrass of Kentucky and beyond.
After working her way through college, she augmented her musical income with modeling and acting jobs in movies, theater, and television.  When she’s not on a stage or in a studio she is following her other passion – teaching music to kids.

Her music combines influences from the many places her youth has taken her and the many lessons her children Joshua and Olivia have taught her. She connects with her audiences and always delivers a fun and solidly professional performance.  She has gained invaluable experience through close working relationships with many of the best songwriters and producers in Music City. Visit LaTresa’s Website

Hickory Hill – Friday and Saturday only 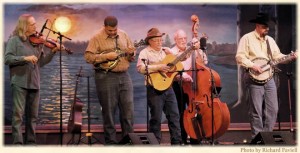 Celebrating their 30th anniversary in September, 2009, Hickory Hill has proven to be one of Texas’ most popular and enduring acoustic groups. Through the years, the band has won considerable recognition, winning third place in the “Best New Band” contest at the Bluegrass Festival of the United States in Louisville, KY in 1981, and being nominated by SPBGMA as “Entertaining Bluegrass Band of the Year” in 1985 and “Bluegrass Band of the Year, Contemporary” in 1986. In 1993, Hickory Hill was named “Band Of The Year” by the Arts and Entertainment Committee of East Texas, and in 1996 was selected for a showcase performance at the International Bluegrass Music Association’s annual World of Bluegrass in Owensboro, Kentucky. Hickory Hill has been the host band of the Overton Bluegrass Music Festival since the festival’s inception in 1989.

According to the Bluegrass Newsletter, “Selectivity and tasteful arrangement are characteristic of Hickory Hill’s repertoire.” Variety is an important ingredient in Hickory Hill’s performances. The band emphasizes original material, seldom heard “gems”, or songs adapted from other styles of music. Original and classic gospel songs are some of the band’s favorites. Hickory Hill has always been known for its warm personality and stage presence. Visit Hickory Hill’s Website 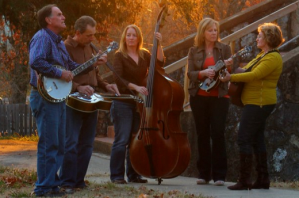 Bucksnort Hill is from Northeast Arkansas and performs contemporary, traditional and original bluegrass tunes and bluegrass gospel music with enthusiasm. Each member of the group hails from a lifelong history of music in their families giving them a real passion for their down home style of acoustic music.  Their musical ability, song writing talents and strong vocal harmonies make them a regional favorite. Visit Bucksnort Hill’s Website

The Cobb Brothers – Saturday Matinee only 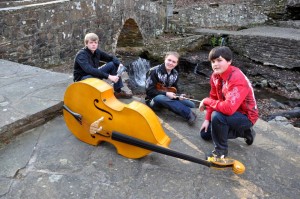 The multi-talented Cobb Brothers from Mountain View, Arkansas have played extensively in Mountain View and around the country. The brothers, Caleb 17, Samuel 15, and Nathan 13, are all very talented young men. Caleb plays fiddle, guitar, banjo and piano. He won the junior state fiddling championship when he was 12.

Samuel plays mandolin and fiddle, and is currently Grand National Jig Dance Champion. Nathan plays bass and guitar. The three brothers are also state and national clogging champions. Among the venues they have performed at the Ozark Folk Center, Cash’s White River Hoedown, Mickey Gilley’s Theatre, Silver Dollar City, and many bluegrass festivals in Arkansas and the surrounding areas. They have performed with the Tennessee Gentlemen, Tim Crouch, and Chubby Checker. They will be in Nashville in March performing on the General Jackson Showboat. 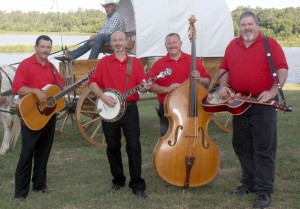 For a special treat this spring is some of Mountain View’s very own Music Roots pickers. These guys and gals may be kids but their talent level exceeds their ages by years! The Music Roots programs throughout the year are some of the most attended shows of the season. Folks come from all over to take in the excitement and music skills of the young entertainers.